Humans have always been on a mission to combat diseases of all sorts. Such a mission has led to the discovery of a plethora of health remedies. For Millennials, they have a reason to smile with innumerable state of the art laboratories and pharmaceutical. Such a sophisticated health armory at their depot gives hope for discovering more drugs. Today we want to unearth one of ailments remedies for centuries known as black seed oil.

Black seed oil has names like black cumin or Kalonji is extracted from seeds of Nigella sativa. Archeologist in recent years successfully found remnants of black seed oil compound from the ancient world. It has been used for the treatment of many human illnesses dating back to centuries ago

‘Panacea’ as it was being referred to by the old Latin meaning ‘cure all.’ Black seed oil has more than a hundred compounds that are valuable to the body. More than 600 researches has been cited for unearthing the health benefits of those compounds. The seed has amino acids, protein, carbohydrates, and alkaloids amongst others. Now, health experts have cited black seed oil to contain crystalline nigellone and thymoquinone. The two agents play a great role to boost your immune system.

How those compounds help your body

9-eicosyne is one of the constituents of basella lubra, which is anti-oxidant and anti-inflammatory. That means that black seed oil has the potential to boost the overall immune system.

It helps your body fights conditions such as allergies, asthma, and rheumatoid. It has also been used for centuries as a remedy for high blood pressure and digestive disorders.

According to cited sources study conducted in Saudi Arabia shows that black cumin eradicates H. pylori. The study was conducted on 88 patients who tested positive for H. pylori infection at King Fahd Hospital. They were segregated randomly into four. For four weeks they were administered triple therapy, which included clarithromycin. The results show that they were negative to H. pylori.

It performs well by helping to stimulate the production of bone marrow and cells of your immune system. We have what is known as interferon. Now, these are a group of signaling proteins which are made and released by the host to prevent viruses. Research shows that black seed oil increases the production of interferon. As a result, it helps protects normal cells from collapsing and speed up the number of antibodies.

If you sum up those properties, you’ll find that it has unique immune building properties. Another huge boost is an active compound such as 9-eicosyne found in them. Such active compounds are good military in the body; it fights an endless list of diseases. Black seed oil can be used by everyone, including the healthiest. Their capabilities to boost immune cell production can apply to both the sick and healthy. 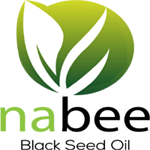